A historical summary of the five-acre area of Burnham Park Dedicated in 2006 to honor fallen officers of the Chicago Police Department. 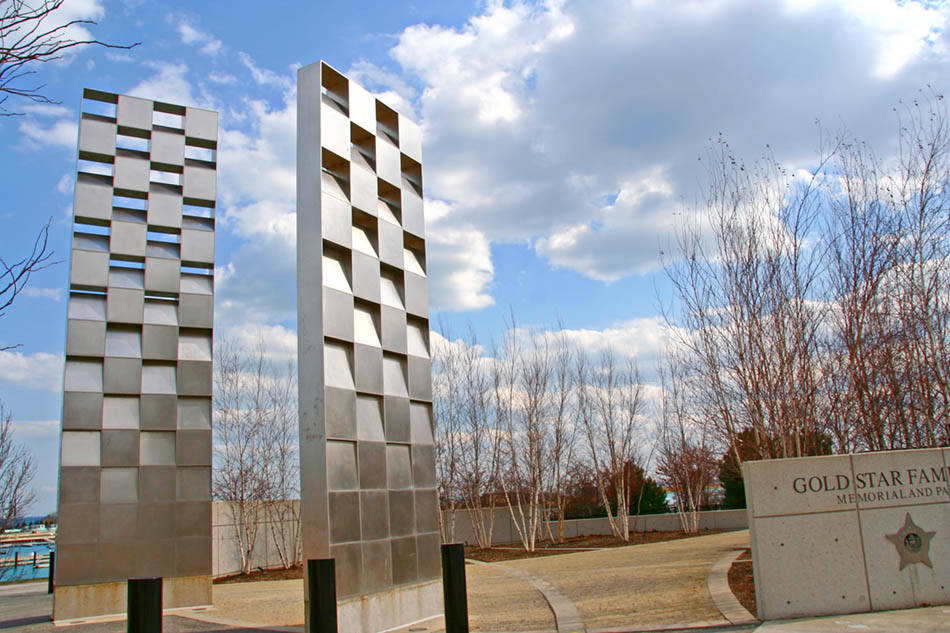 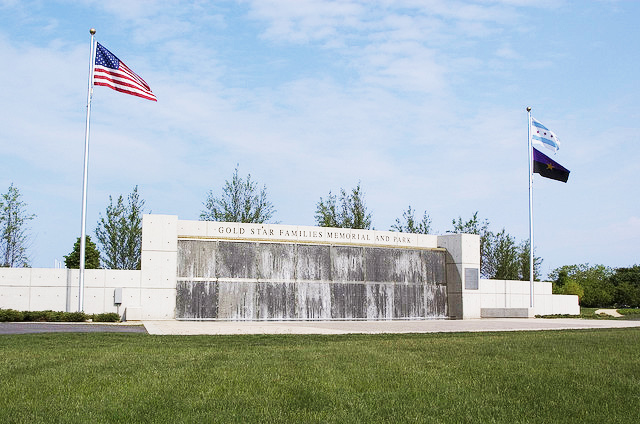 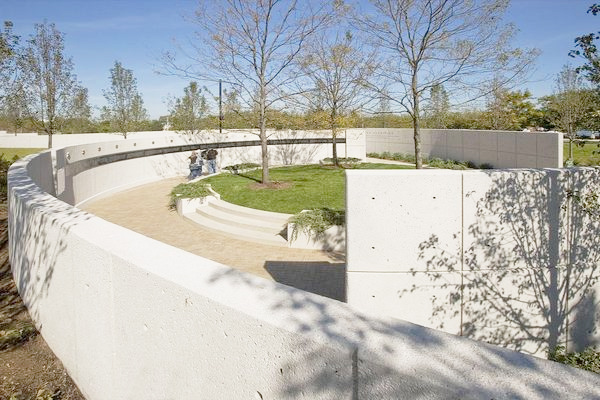 History of the Memorial

The Chicago Police Memorial Foundation commissioned the $3.5 million Gold Star Families Memorial and Park, a five-acre area of Burnham Park east of Soldier Field. Dedicated in 2006, the memorial pays tribute to all of the police officers who have died in the line and performance of duty since the formation of the Chicago Police Department in the 1830’s.

At the north and south entrances, two towering pylons represent a set of open doors and serve as the gateway into the memorial. These stainless steel pylons have a geometric motif referencing the iconic checkerboard pattern used on the hat band of a Chicago police officer’s uniform. This motif is repeated in other elements of the memorial. Beyond the north entrance to the memorial, there are four “virtue and value spaces,” denoting the characteristics of courage, honor, service and commitment to family.

To the south, a large lawn area has a water wall with Burnham Harbor as its backdrop. This central gathering place is the location of the Chicago Police Department’s yearly candlelight vigil. The adjacent area, known as the “sacrifice space,” is the spiritual heart ofthe memorial. It is enclosed by a circular concrete wall that has a band of black granite inscribed with the names of more than 450 officers who died in service to the city.

During the design process, members of the Chicago Police Memorial Foundation stressed the importance of conveying a sense a life in this area rather than just focusing on grieving and death. Therefore, this area evokes a sense of calm and protection. Adjacent to the “sacrifice space” is the “living sacrifice space,” an area which honors officers who have suffered grievous injuries in their service to the city.

In 2010, the Chicago Police Memorial Foundation commissioned a bronze sculpture for the “living sacrifice space.” Created by Julie Rotblatt-Amrany and Omri Amrany, the highly realistic sculptural grouping depicts a police officer in a wheelchair with his hat on his lap, surrounded by his family and another officer. The sculpture’s base sits on pavement that is embellished with a symbolic blue star, and there are several other blue stars on the adjacent concrete wall.